Just added to your cart

Because You Gotta Have Goals 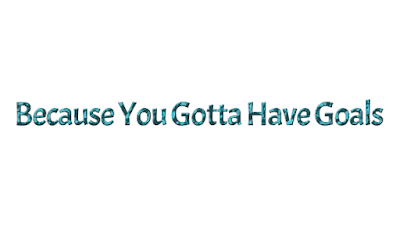 Okay, you don't have to have any goals. It's not like setting goals is the only way to get through a snow sports season. But, goals can add a sense of fun and accomplishment. I'll show you what I mean by sharing some of the goals I have for the coming season and how others can use some of those ideas. Though for others, that will be in a more general sense, I'm sure. I don't expect you to copy my goals.

At the time of this article, I have four goals that I am looking to complete for the 22/23 ski season. All four are specific things, but they all fall under a few general ideas. Being able to travel more, for example. Snow sports can be very travel intensive, so that kind of goes without saying. If any of us have goals to go to more than one ski area or resort more than once in a season, then we're going to be getting into some traveling. So, let me get into the specific goals, and then I'll talk about how each of them can be part of a more general goal.

I would like to get 40 days on the snow this coming season. I picked this goal because I only made 23 days, so far, for the 21/22 season. That's going to increase as I, hopefully, get a chance or two to head down to Big Snow American Dream or if I find a way to get a pair of grass skis and take a shot at that.

I only have those 23 days because of my run-in with COVID-19. I picked it up at a party on New Year's Eve and was down for about three and a half weeks of January. Pretty much the entire month of January. Losing that much time to illness means I missed out on a ton of ski days. Well, a ton might be an exaggeration, but I did miss out on a lot.

Anyway, I have a Whaleback Mountain season pass and that mountain is only 15 minutes from my house. That combined with the fact that they open at 2 P.M. during the week means I can go there a lot. I mean, with a two o'clock first chair I can get in a full day of work here at Ski Rex Media and still get a ski day in. In any case, I would've been there three days a week, at least. Multiply that by three and a half weeks and I would have had, at least, ten more ski days last season.

So, with that in mind, I want to push it to see if I can get 40 days, at least, this coming season. That seems to be a nice, round number that I have a real chance of achieving. Again, I have a Whaleback Mountain pass this season, so skiing in the afternoons won’t be an issue. That combined with an Indy Pass gives me a ton of options that are less than an hour’s drive away. Plus, with the Freedom Pass, which comes with my Whaleback pass. I have a lot of options that aren’t far that also have the right operating hours. Forty days should not be an issue.

I think this is a goal that the majority of skiers and riders have. Not the 40 days specifically, but being able to get more days on skis or boards. We’re all snow sports enthusiasts who really enjoy getting the chance to go outside to ski and ride. Getting more days is just something that we would all like to do. It all comes down to one’s personal life and if they are able to get it done. Again, I live 15 minutes from my home mountain. I can get time on snow just about anytime. It’s not like that for everyone, though, I know. However, if this is one of your goals, then I wish you well in achieving it. 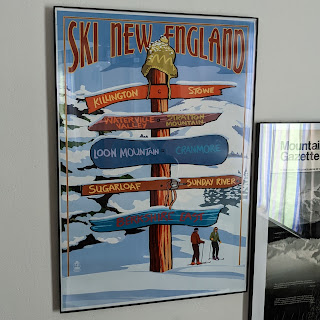 The inspiration for a goal can come from anywhere. In this case, the inspiration for this goal came to me when I did more than look at the poster in the photo. You see, when I bought the poster, I just saw the “Ski New England” at the top and recognized the names on the signs. I liked what I saw, so I bought it. Now, it’s been hanging up on my wall for a couple of seasons, but it wasn’t until this past season that I actually thought about the mountains on the signs.

Of all of the mountains on the signs, I had only been to four of them. I had been to Stratton and Killington more times each than I can count. As of last season, I had added Berkshire East and Waterville Valley to my list of areas that I have visited. That being the case, it seemed to make sense, to me, anyway, to set a goal to visit the other mountains.

Loon Mountain and Cranmore really aren’t that far from me. They can each be a day trip. However, the other two, Sunday River & Sugarloaf, are up there in Maine. They’ll take a little more planning, but they are totally doable.

The bonus with the two that are in Maine is that I had a road trip idea pop into my head. Along with those two, I could hit Saddleback Mountain, which is an Indy Pass partner, and Lost Valley, which is a Freedom Pass partner. Not to mention that this morning Indy Pass announced BigRock Mountain as a new partner. It’s also in Maine, but it’s just over four hours or more from any of the others I mentioned. It’s tempting, but I will have to see what I can do.

If you’re anything like me, though, this kind of goal is appealing. I do like a road trip. Actually, I love a road trip. I haven’t been on any in a while and it’s only getting harder to get one in with the gas prices being what they are. Hopefully, that will all turn around by wintertime. In any case, seeing the country by road is my preferred way to go. If I can combine that with a ski trip… a total bonus!

Goal #3 - Ski All Six New England States In A Season

It has only been a few seasons since I heard about Yawgoo Valley in Rhode Island. I had no idea the place existed. Oh, I’ve seen just about every corner of the state of Rhode Island. It’s really not that hard to do. Especially when my friends and I decided to find enough geocaches to qualify for the Rhode Island DeLorme challenge, which we did in a day.

Even with seeing just about everything Rhode Island has to offer, I still had no idea that there was a ski area in the state. But once I found out, a new ski goal was born!

This one will be accomplished, once again, through the power of the Indy Pass and the Freedom Pass. Between the two of those, there are ski areas and resorts all over the region.

After I get that trip to Maine sorted and taken, I’ll plan another one down to Rhode Island, across to Connecticut, and back up to Massachusetts. Vermont and New Hampshire will just be done before either of those trips. So, this goal is probably going to be the easiest, as far as the travel/road trip goals go. The next one, however, will probably be the hardest.

Now, when I say this goal could be the hardest of the travel goals, I don’t mean that it’s physically difficult. I’ve driven far further than what I have planned to accomplish this goal. I mean that it will take the most time, the most gas, and the most lodging needs. All of these things make it kind of difficult. But, that doesn’t mean I can’t have it as a goal and try to plan the trip out.

Which, I do have the road trip planned in my head. At its most basic, this is going to be a trip down to ski at Ober Gatlinburg in Tennesee. Though not the closest of the ski areas south of the Mason/Dixon line, it’s the one that I would really like to see. Though I could go to one of the closer ones if I need to, Ober Gatlinburg is the one I have picked.

Once again, this is in part due to using the Indy Pass. That’s how I learned about the ski area. Beyond that, I haven’t heard many bad things about the ski area or the town of Gatlinburg. People seem to love visiting down there, so I figured, why not visit down there?

Also, a trip down and back is fairly straightforward. It’s a run south about 15 hours from here, fighting east coast traffic and tolls. It would be a long day, to be sure, but still only a day. I’ve done days just as long behind the wheel. I am sure that I could do it again if I wanted to. Then, it’s the same thing coming back to Vermont. A long drive in east coast traffic paying east coast tolls. The financial end of that trip would make it the hardest, absolutely.

But with that, you can see that my general goal is to travel more to ski. Yes, I just wrote all that stuff about those four specific goals, but each of them, at the core, is just road tripping with a skiing bonus.

Now, with the economic ups and downs that we are witnessing currently, who knows if I will be able to get those done? But, it’s always good to have a goal. Something to aspire to. Something to drive one a little harder than just getting in the car, going somewhere, and then going home. Something that could give a person a sense of accomplishment at the end, or even just make the driving around more fun. I mean, a person could use goals like these to set themself up for some bragging rights later on. I’m not doing that, but it could be done.

So, go ahead and set a few goals for yourself. They don’t have to be big or elaborate. Just improving one’s skills is an awesome goal to have for a season. One could also do something simple. Riding every lift at their home mountain, for example.

I’m sure you, my fine reader, have had goals in mind in the past. What were they or what are they now? Take a look and see what you can come up with. Maybe while you’re working on your goals our paths will cross. I’ll see you out there.